Many characters have become everlasting brands in the gaming culture, like Drizzt, Bigby, Elminster, Mordenkainen, Zagyg, Degnfirth, and Avan'thorne. One way to ensure your character enjoys the same respect is to choose a memorable and unique name for the character yet fitting for the adventure or campaign world. The name chosen should match the theme of the game and reveal something about the character: who he is, where he came from, or what he represents, but at the same time, not be cliche.

Historically speaking, many of our sir names derived from our ancestor's professions, like Smith, while other sir names like Smithson derived from "son of Smith." The historical context of a game world should always be taken into account when naming a character, and why you should always check with your game master before naming your character, as he may have good campaign references to a fitting name.

Below is a list of ideas to consider when determining a name for your character. The paragraphs below try to encompass many genres and settings at once. Some suggestions may not fit truly alien, exotic, or unique locations but should give most players a starting reference for naming a character.

If chosen for the character, some famous names would immediately be discarded or not taken seriously by your fellow players, such as Conan, Gandalf, Tyrion Lannister, John Constantine, Stan Lee, Snake Plissken, and James T. Kirk. Players and game masters would have difficulty identifying with the character as someone unique.

If you're determined to use a name from pop culture, consider a different spelling or put a twist on the name so it doesn't identify too much with the figure in question. For instance, James Kirk could turn into Jimmy Kurch or reverse a name; for example, Conan becomes Nanok. Of course, one could create a character with a famous name and make it a recurring joke during gameplay, "No, I'm not that James Kirk." Just be careful when treading such waters as such humor become old quickly.

Common names are ok for contemporary settings, like John Smith. However, try combining unique first and last names to form something special. Combining names found in movie credits or phone books is one good idea. Also, try adding an unusual middle name, like John Sebastian Smith - "Stan" Smith for short - or add a prefix or suffix to the name, like Dr. John Sebastian Smith III.

The opposite of common names is extravagant, colorful, or glamorous names. Colorful names can sometimes sound fantastic, especially in a superhero game, but just as often they sound cheezy, like naming your D&D Ranger, Ridge Forrester, it sounds too obvious. Remember, the name should genuinely fit the setting, but not in an extravagant way.

Next to extravagant names are names that employ similar sounds, like Bilbo Baggins and Severus Snape; however, this strategy works well to draw special attention to the character's name. Unless the theme calls for it, too many like-sounding names in a campaign may give the game an immature impression.

Also, here are some things to avoid when naming lots of characters at once:

Variety is always a good thing. A colorful character roster not only makes the campaign more interesting, but it also helps the game master and other players keep them straight in their minds.

One trick to creating great-sounding names is the placement and sounds of the name's vowels and consonants. Villains or tough characters like Orcs or aliens will often have hard consonants in their names. In contrast, some Elven or female characters will have softer names and flow more naturally. If the character has a tricky first or last name, the reader will probably end up skipping over the word altogether or shortening it in some way. Say the character's full name aloud a few times. Does it roll off the tongue? Or do you find yourself stumbling and stuttering? Make sure the first and last names blend smoothly. Once a name has been established that is easy to pronounce, double-check by testing it on your fellow players.

Look at the chosen names and think of how the name flows together or what sounds could derive from it, like Mike Carr or Stan Dupp; we should avoid names like these. A good character name on a record sheet, such as Adam Messina, may sound unclear when read aloud: Adam Essina? Adah Messina? Try distinguishing your characters by using different first initials and varying your number of syllables and places of emphasis.

The spelling of a character's name also plays a big part in how others view the character. For instance, this spelling of Ashleigh is a more elegant version than spelling it as Ashley. Various spellings of the same name are often related to its origin. Today, spellings vary greatly from years ago. Lindsay was a common spelling in the past, and today you have Lindsey, Lyndsay, Lyndsey, Linsey, and even Linzy. These various spellings show changes occurring over time and a desire to be unique, to enforce individuality.

Keep in mind many nicknames or shortened versions of a chosen name are most often given to characters by the other players, then dispensed through their characters. These terms of endearment can play essential roles should the character become an influential figure in the game world, especially if the non-player-characters pick up on the nickname. Also, does the character like the nickname? Be aware that close characters, like friends, family, or other party members, would rarely use each other's full names, unless they are cold and distant.

It's best to select a name that reflects your character's personality, occupation, setting, and theme of the game. It should be appropriate for the character in question. Consider the following suggestions when selecting a character's name.

The name is the first thing identified to a character; this is a commonality throughout any campaign. Game masters should always set the standard for the players and have a good idea of what types of names are acceptable in their game worlds. As such, game masters should always keep a running list of names available at all times. When you hear or see a name you like, jot it down. You can refer to the list when introducing a new character in a campaign or a fellow player looking for an appropriate name for their character. 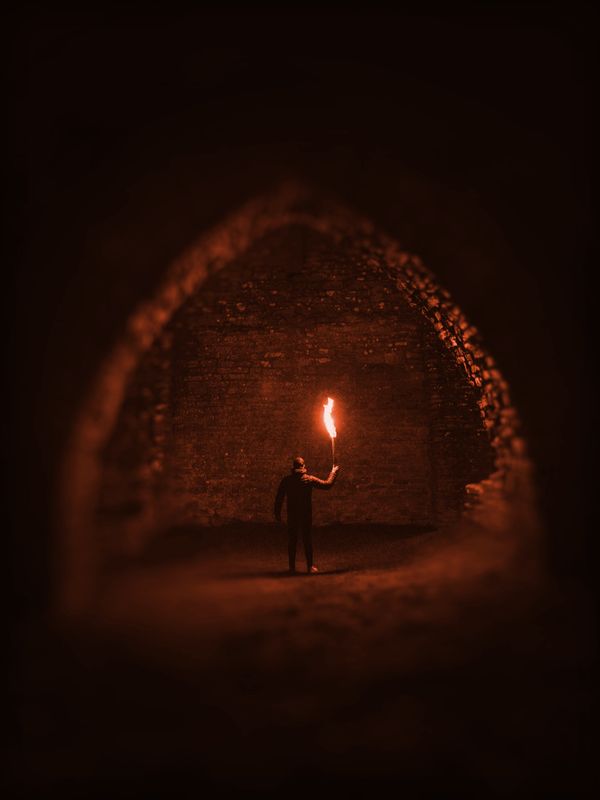 A great story has many elements that make it great; an adventure should be no different. Rather than merely filling a dungeon with memorable monsters or big, bad bosses, this article offers a more academic perspective on adventure design.